The shocking results of the recent study by the Organic Consumers Association revealed that much personal care and household cleaning products claiming to be natural or organic are contaminated with traces of 1,4-Dioxane. Astonishing amounts of 1,4-Dioxane were found in “natural” dishwashing liquids and other so-called earth-friendly products.

When laboratory animals were tested with 1,4-Dioxane at the lowest parts per billion level—over the animal’s lifetime they developed cancer. However, the levels of 1,4-Dioxane found in many personal care products are often thousands of times higher than those found to cause cancer in laboratory animals. We need to remember the synergistic effects of chemicals; toxins add up and even multiply to create greater risk. Cosmetics contaminated with 1,4-Dioxane might also have traces of formaldehyde, nitrosamines, phthalates, and other contaminants.

A study by the Women’s Environmental Network, Swedish Society for Nature Conservation, and Health Care Without Harm found phthalates in almost 80 percent of the popular cosmetic products tested, none of which listed these chemicals on the labels.

About 1 billion pounds of phthalates per year are produced and sold worldwide. Phthalates are widely used industrial compounds known technically as dialkyl or alkyl aryl esters of 1,2- benzene dicarboxylic acid. Phthalates are all around us: in shower curtains, rubber ducks, PVC furniture and clothes, sex toys, fragrances, MP3 players (including earphones and cords), perfumes, hair sprays, and nail polishes. Some of the bestselling fragrances contain phthalates, a group of dangerous toxic chemicals that are linked to reproductive birth defects and other illnesses, according to the FDA, National Toxicology Program, and other governmental agencies. The majority of Americans tested by the Centers for Disease Control and Prevention have metabolites of multiple phthalates in their urine at any given time. Phthalates are so ubiquitous it is impossible to completely avoid them, but you can distance yourself from a great deal of them.

The European Union has banned some phthalates from many cosmetics and toys, while in the United States, the state of California banned phthalates from used in children’s toys starting in 2009. The bill prohibits the manufacture, sale, and distribution of toys and childcare products used by children under the age of three that contain phthalates. But these measures do not lull consumer activists.

Aluminum: No Sweat About It

Going around with wet and smelly underarms for most of us is just as unthinkable as rinsing freshly brushed teeth with water from the toilet basin. Clearly, there is nothing less attractive and socially unacceptable than sweaty underarms. But rubbing your freshly shaven underarm skin with a zesty-scented stick of antiperspirant may cause you more problems than you think. In fact, you may lose the ability to think at all.

Do you know what baby wipes and aircraft deicing fluid have in common? Both have glycols as the main ingredient. Members of this family of multitasking chemicals are used in many cosmetic products, including baby washes, bubble baths, deodorants, shampoos, hair dyes, and personal lubricants (where propylene glycol works to deice the passion, most likely). All members of the glycol family are easily biodegradable and do not accumulate in soil or water, which is the only good thing about them. 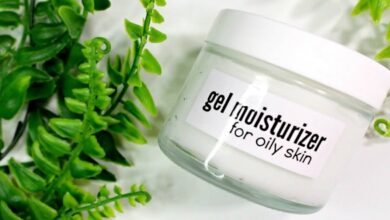 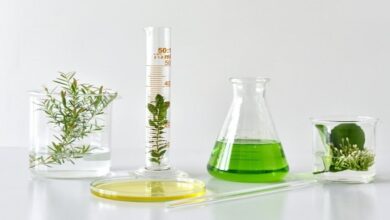 Are You Confused by Organic Labels? 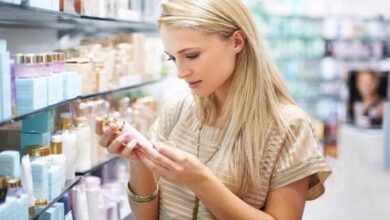